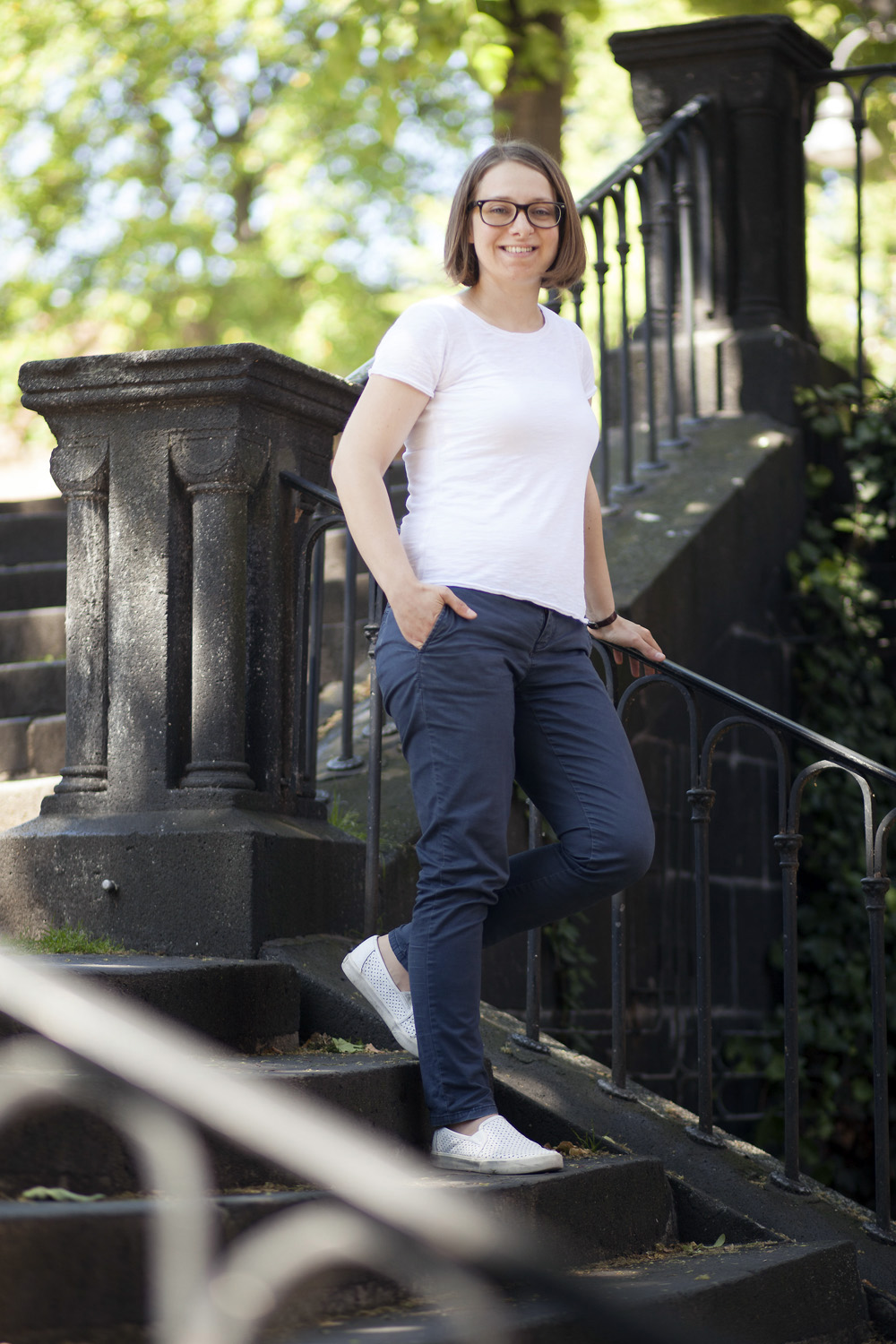 Menschen in Köln (People in Cologne) is an independent blog by Alexandra Feldhofer (*1985 in Cologne), freelance journalist and author. It presents pictures and stories of people, the author either meets in the street by chance or with whom she has made an appointment for an interview. The blog was founded in 2017. View Alexandra Feldhofers portfolio here.

Why did she start this blog? Because she keeps thinking: If this city wouldn’t exist, it would have to be invented. But who could come up with a thing like that?

Now what’s so exciting about that? An attempted explanation, starting out with some clichés: Cologne is where the Cathedral is and the river Rhine flows. The rest is either ugly or in construction. Anyway, the people of Cologne can get high on their city and themselves. They consider themselves pretty cosmopolitan, yet they can be very narrow-minded. Not just during carnival, but also when doing business. Or when watching soccer. There are a lot of songs about that state of mind. In Kölsch [Cologne dialect]. The dialect and the beer share the same name. Beer comes in ridiculously small glasses and has a taste you need to get used to.

Yes, Cologne people like to celebrate. Catholicism is the predominant confession in the city. It even allows you to celebrate and get carried away (a little). But rather than religion, it is the Cologne constitution that unites the multicultural society. To cut the matter short, it says: Live and let live. Hence there is a fine line between frankness and harassment, between tolerance and ignorance.

There is a germ of truth to every cliché. But Cologne is more than that. It is dynamic and difficult to catch hold of, just as most cities. At the same time, Cologne is not like most cites. It is a highley emotional matter. People love it, hate it, deride it. Most of it is due to the city itself. It is active. People do something here and sometimes they fail. It has been like that for ages.

Founded in the year 19 b.c. by the Romans, Cologne attracts people from all over the world for more than two centuries. Cultural diversity has a long history here. In 1164 the Shrine of the Three Kings was brought to Cologne. Because of this reliquary, it was planned to build the Cathedral. In 1248 the foundation stone was laid. When in the 16th century, the Cathedral still wasn’t finished, the Catholic Church stopped paying for the construction works, which hence came to a halt.

Generations of people were used to the Cathedral still lacking the two prominent towers. Approximately 300 years later, the construction works continued. But why? For the greater part it was because of the citizens. They collected money for the project and the work could continue. Today, Cologne Cathedral is one of the world’s tallest and most notable gothic cathedrals and the most popular sight in Germany. Now that’s what you call a happy ending.

During the second World War Cologne was destroyed to a large extent and afterwards it was rebuilt quickly. That is why many people consider the city ugly. From 1955 on thousands of guest-workers from South- and South-East-European countries came to Cologne, to the fast-growing economy of the young Federal Republic of Germany. Many of them stayed with their families.

Carnival has a very integrative power in the city. In addition to institutionalized carnival, a variety of alternatives has developed. There is carnival for the LGBT community, for „Imis“ (people who were not born in Cologne, but moved there) and even for people, who don’t like carnival. Creative industries have become an important part of economy. Right next to the geographic position of Cologne, the open and communicative nature of people in this area is considered a major location factor.

Cologne has flaws and wounds as well, such as the collapse of the Historical Archive of the City in 2009, the assaults of New Year’s Eve 2015 and a messed up restoration of the opera house and the communal theatre: But Cologne people carry on. Or start making a blog, starring people in Cologne.

Statistical data refers to the year 2015. Source: Stadt Köln [the City of Cologne].

Foto by Sharon Nathan of I am Nathan